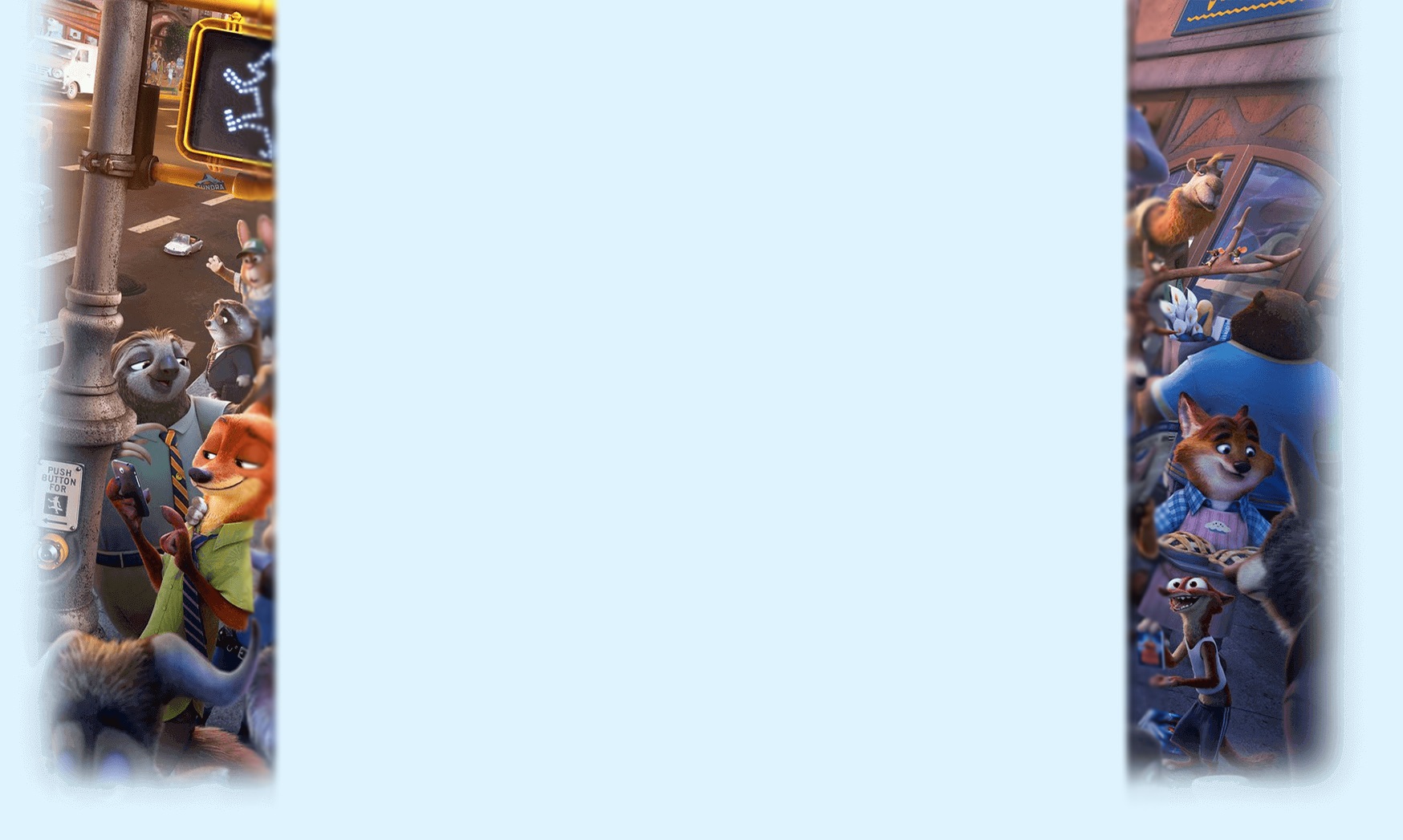 As you may have noticed, the admin team has decided to decorate the wiki for Halloween. We are still under construction and are hopefully going to upload a temporary new background, but for now, tell us what you think! Let us know if you have any suggestions, but for now, check out our spookiest pages here!

And remember, in Spook-topia, anyone can be anything!

Hey, Judy, I've seen you've taken my idea about the savaged animals for Halloween. I have another suggestion. You know what should be more spookier, using pics of Bellwether when she orders her henchmen to get Judy and Nick, when Bellwether shoots Nick, when she says, "Fear always works!", even when she says, "Bye bye, bunny." But hey, maybe on Facebook, Disney will post something about Zootopia Halloween style. It's really cool, though.

(edited by Ggianoli)
0
Hey, Jude. I have more suggestions.for this wiki's background, such as this one.
(edited by John1902)
0

Sounds great!!! And looks good so far too!!! :D Don't really have any ideas right now, but I'm not feeling too good, woke up with a sore throat this morning. :(

(edited by Heather the dragon rider)
1

(edited by Ggianoli)
0
I like that category so far.
(edited by AmazonAlexa99)
0
Nice .
(edited by Estrella and Eva the central American pups)
0
Ggianoli wrote:
Feel better, Heather!

(edited by Heather the dragon rider)
0

Think of this year but movie or art photos used as examples, here are the types Spooktopia suggestions I can offer for this Wiki when you want it to fit Halloween. I'd suggest to use Zootopia's pictures that look like punishments or uncontrolled irritation.

What if you used the scenes the the Weasel esacping with the big donut in his bag, the scene of Nick helping Judy Hopps find the find the suitcase or tool box the sheep use when he asks her what are you doing, the scene of when Nick and Judy are about to be thrown into the snow by the polar bears, the scene of Judy punching the Rhino at the academy  Nick and Judy running on the bridge while they're chased by the panther, the scene of the sheep on the railroad fighting Nick and Judy on top of the train breaking its windows. Fan photo that would also fit Halloween are like the Gideon fussing with Nick but Nick just speaking for judy while Gideon looks like he wants to hurt her, Nick and Judy sharing a pumpkin, the shrews finding snacks from a store, the wolves howling or running, photos the Lionheart feeling annoyed, wrestling Panda, tigers running between fire circus fire or a two bonfires, mad Bogo, mad rhino, or even origianl scenes like when Nick hides and   Judy makes the the dog sound as they're passing the shelter the wolves share. Pictures like these or smilar character scenes are what I'd suggest for Halloween so movie characters and scientific facts both seem normal in the pictures.

What do you think?