Byron P. Howard is one of the directors for Zootopia. He voiced Travis and Bucky Oryx-Antlerson.

Howard grew up in Issaquah, Washington, attending Issaquah High School (graduating in 1986) and attending The Evergreen State College in Olympia, WA. Howard's career in animation began 15+ years ago when he followed his childhood dream to work for Walt Disney Animation Studios by writing for advice from one of Nine Old Men animators, Frank Thomas.

Using Mr. Thomas's helpful letter, he structured his entire curriculum. Before the ink was dry on his diploma, he relocated to Orlando, Florida, where he worked as a tour guide for Disney’s animation tour at Disney-MGM Studios. After 4 portfolio submissions, he began the Disney animation internship and was hired in 1994.

He went from inbetweener to animator to supervising animator in just 5 years. Since relocating to the California studios in 2004, he has worked as story artist, character designer on Cobra Bubbles for Lilo and Stitch and Kenai for Brother Bear, and director on Disney's 48th animated feature film, Bolt.

He started his career in 2008 with the film called Bolt, as a director, along with Chris Williams, and writers of the film are Dan Fogelman and Chris Sanders, released on November 21, 2008, and the cast of the film includes: John Travolta, Miley Cyrus, Susie Essman, Mark Walton, Malcolm McDowell, James Lipton, etc. He also directed another film called Let It Begin. He also directed Tangled with Nathan Greno. He made a video on how to draw Nick Wilde. 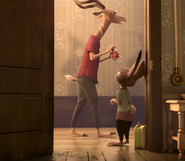 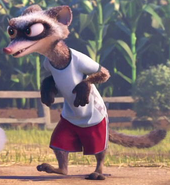