Melting Messes is the second case in Zootopia: Crime Files. Initially, this case involves the vandalism of Jumbeaux's Café.

The plot of the early second case follows the vandalism of Jumbeaux’s Café. The shop next door, Flora & Fauna, is vandalized shortly after Judy Hopps and Nick Wilde begin their investigation. After searching crime scenes, questioning suspects, and analyzing clues, the culprit is revealed and arrested. The culprit is also found to have ties to Sequoia Towers.

The majority of the characters, their respective dialogue and plot was later recycled in the updated second case: Seeds of Doubt.

Seeds of Doubt is an updated version of Melting Messes. Here, the case involves the vandalism of Flora & Fauna. 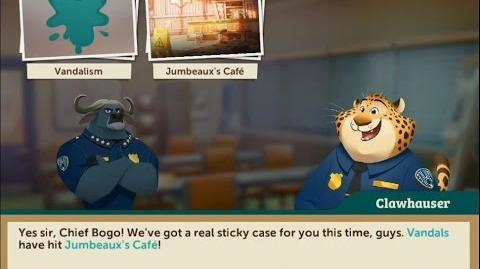 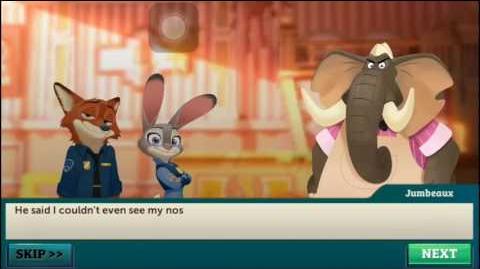 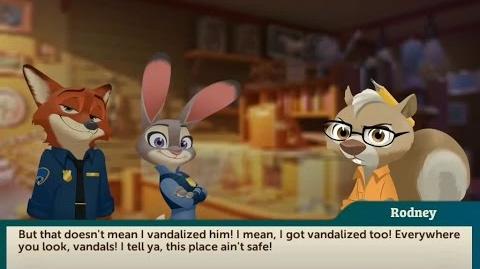