Raymond S. Persi (born February 17, 1975) is an American animator, director, screenwriter, producer, and voice actor. He is voices Flash in Zootopia, as well as Officer Higgins. He voiced Mayor Gene in the other Disney feature films Wreck-It Ralph and Ralph Breaks the Internet. He is best known for his work as an artist and director for The Simpsons.

Persi has also provided voices for other Disney films and shorts, which were in Wreck-It Ralph, Get a Horse!, Frozen, and Ralph Breaks the Internet.

He was also a story artist in all of the listed films and additionally the Disney short film Feast, and an additional sequence director for 2007's The Simpsons Movie. 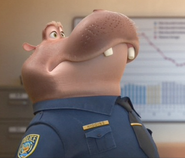 Raymond Persi with a Flash puppet 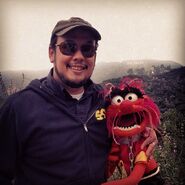