Stephanie Stalkinew is a female leopard and a minor character in Zootopia. She is one of the fourteen original missing mammals.

Stephanie is a sleek, slender leopard with gold fur smattered with black rings. She wears a pink tank top and a navy blue skirt. She has large, brown eyes.

Stephanie has a very small role in the film. On Judy Hopps' first day at the ZPD, Chief Bogo announces that there are fourteen missing mammal cases, and Stephanie is shown to be one of the predators on his bulletin map.

Judy and Nick Wilde eventually find Stephanie held captive at Cliffside Asylum along with the other missing mammals, and discover that she and all the others have gone "savage". Stephanie and the other savage predators are transferred to another hospital following a police raid on the asylum.

Near the climax of the film, a photo of Stephanie can be seen on Doug's transit map.

Stephanie is presumably cured of her affliction when a cure for the Night howler sickness is developed.

During Gazelle's peace rally, Stephanie Stalkinew was still afflicted with the Night howler sickness. Despite this, her character model was reused to portray one of the protesters at the rally.

This unnamed leopard was confronted by the Frantic pig who demanded she “Go back to the forest”. This immediately put the protester on the defensive, who fiercely corrected the pig all the while Judy Hopps vainly attempted to break up the conflict. 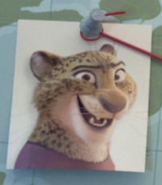 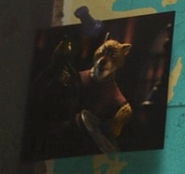