For today's topic, I would like to talk about the Zootopia toy line. 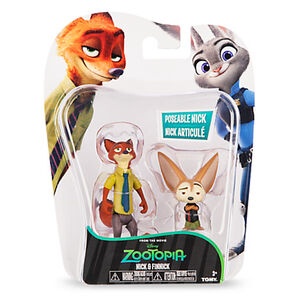 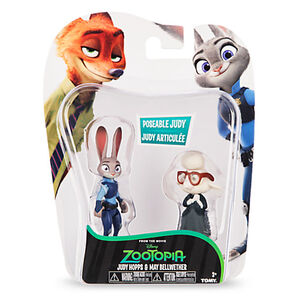 Before the movie was released, TOMY and Disney released an action figure line featuring characters from Zootopia. The figures were made from rubber, and playsets and accessories were plastic. My two favorite playsets were Judy's Police Cruiser and Nick's Convertible. Although, the latter's car didn't appear in the movie.

In Fall 2016, TOMY released a ZPD Headquarters playset. It had all kinds of lights and sounds.

I've never bought any of the figures and playsets, mostly because my mom doesn't know I'm obsessed with this movie, but they looked really cool when I saw them in stores.

Sadly, the only way you can get them now is online.

Here are a few questions I have about the line:

Retrieved from "https://zootopia.fandom.com/wiki/User_blog:Kbwwe21/Z.A.P._107?oldid=99895"
Community content is available under CC-BY-SA unless otherwise noted.