Closed by the ZPD

“Scream therapy has never been more fun! Get your ya-yas out on stomach-flipping rides Joy Ride, Cheetah Run and the famous Roar-a-Coaster. Wild Times is family friendly and has plenty for the little ones. Try the carousel, bumper cars or boardwalk games like Fetch the Stick and Log Roll.”
―The Official Zootopia Handbook

Wild Times was an amusement park created by Nick Wilde in an early version of Zootopia when he was the film's protagonist. The idea was eventually scrapped when Nick was made the deuteragonist.

Nick was inspired to create Wild Times when his doctor removed his tame collar to examine his hurt neck. Being without his collar for the first time he can remember, he loved the feeling of his bare neck and had a vision of him and his friends running freely in a field and riding a roller coaster without their collars.

After his doctor visit, Nick tried to get a loan for the money to build the amusement park, but after every bank in Zootopia turned him down, he went to Koslov, who gave him the money.

Wild Times was a secret, borderline-illegal amusement park, only learned about by others through word of mouth. While at the park, predators were able to "be themselves" and have their tame collars removed for the duration of their visit. The park had many predator-specific games and activities.

Wild Times was eventually shut down when Nick was arrested.

Zootopia Wiki has a collection of images and media related to Wild Times which can be found at
Wild Times/Gallery. 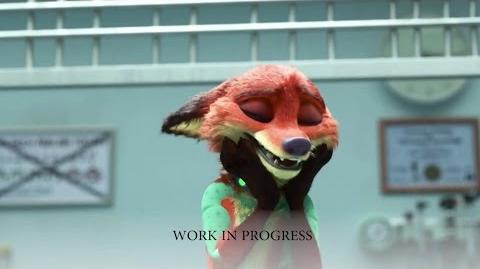 "Wild Times" story
Add a photo to this gallery

Retrieved from "https://zootopia.fandom.com/wiki/Wild_Times?oldid=90045"
Community content is available under CC-BY-SA unless otherwise noted.