“If you thought we would ever trust a fox without a muzzle, you're even dumber than you look.”
―The Woodchuck bully to Nick Wilde.

The Woodchuck bully is a young male woodchuck briefly seen in Zootopia. He is a member of the Junior Ranger Scouts and appears to be the ringleader of the group.

When Nick Wilde joined the Junior Ranger Scouts as a child, he entered the ranger scouts' base where the woodchuck boy held up a flashlight and told him to recite the ranger scout oath.

The initially friendly dispositions of the woodchuck bully and his peers was revealed to be an act, as they were actually prejudiced bullies.

The instance Nick had finished taking the oath, they attacked the young fox and held him down while the woodchuck bully strapped a muzzle on him, mockingly stating that they would never trust a fox without a muzzle.

The actions of the Junior Ranger Scouts that night had a deep impact on Nick; his dreams of fitting in crushed simply because of his species, he decided to live as nothing more than a "sly fox", believing that society would never think of him as anything more than that, so there was no reason to bother trying.

"Even though you're a fox?" 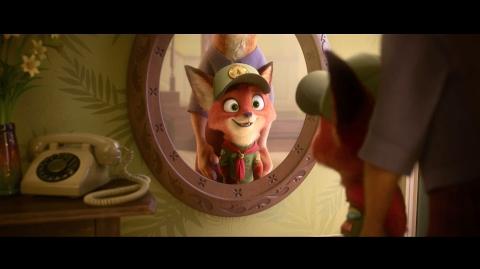 Retrieved from "https://zootopia.fandom.com/wiki/Woodchuck_bully?oldid=98719"
Community content is available under CC-BY-SA unless otherwise noted.