Zuber is a taxi-like transportation service in Zootopia.

In a Zootopia-themed advertisement for Uber (see video below), Jeremy, a Zuber driver, explains that Zootopia is the only place where he can visit four wildly different climates in a single day, and that the city contains all walks of life.

A billboard for the business appears briefly in the background while Judy Hopps is following Nick Wilde and Finnick into Tundratown during their pawpsicle scam. 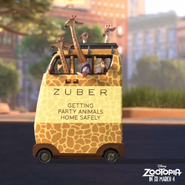 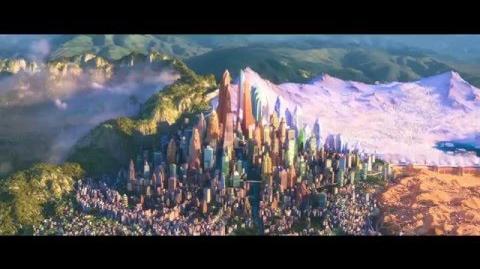 Retrieved from "https://zootopia.fandom.com/wiki/Zuber?oldid=87640"
Community content is available under CC-BY-SA unless otherwise noted.